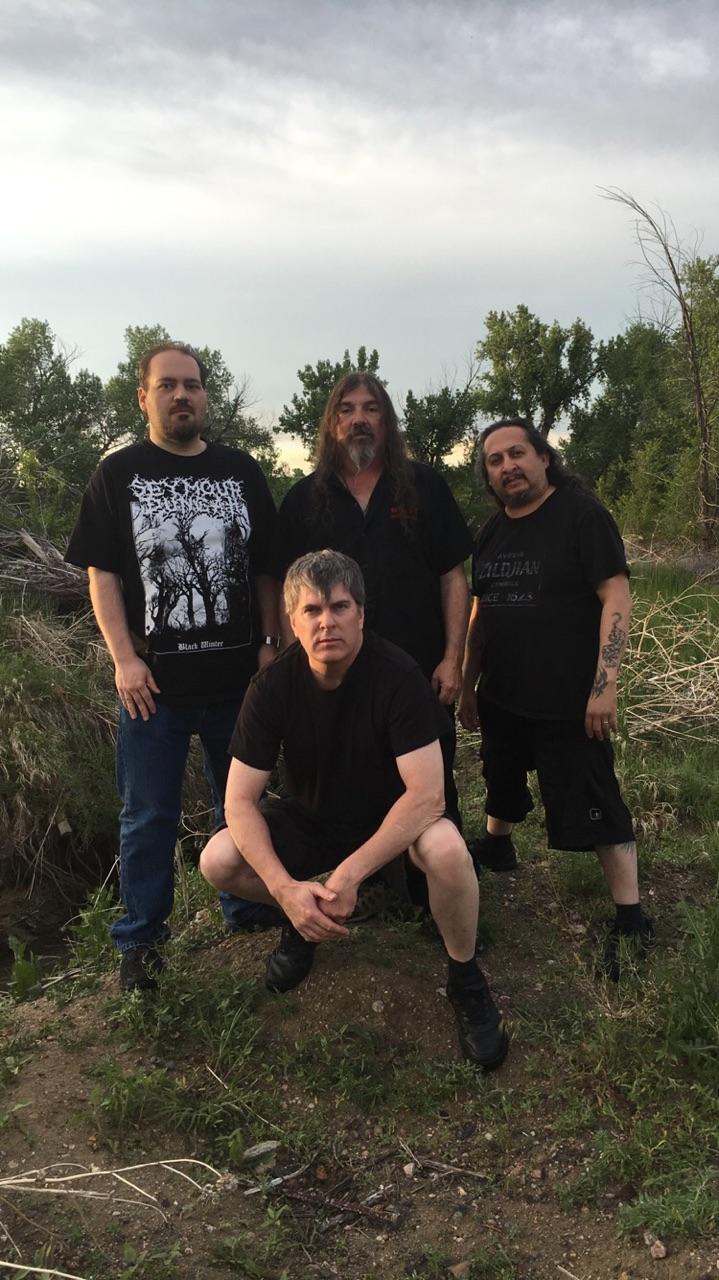 Metal from Hell since 1986! Denver, Colorado “Satan's Host”, the brain child of Guitar Virtuoso Patrick Evil in league with vocalist Leviathan Thisiren (Harry Conklin, Jag Panzer-Titan Force) released their first album "Metal From Hell" in 1986 with huge underground acclaim and Cult following. After the release of this monumental album Satan's Host recorded the famous Bootleg "Midnight Wind" which never got official release, but has been bootlegged along with "Metal from Hell" after it went out of print all over the world for years to come.

Then Satan's Host went into hiatus and then reappeared in 1999 with L.C.F. Eli Elixir on vocals along with Patrick Evil on Guitars. The band went on to release "In Articulo Mortis" in 1999 with "Archidoxes of Evil" in 2000. The band took on a new sound going deeper into the darker side of Metal from the Traditional side.

In the summer of 2008 Pete 3 Wicked left Satan's Host and in came current drummer Anthony "Evil Hobbit" Lopez and along with Patrick Evil and Eli Elixir they went back into Flatline Audio and produced the critically acclaimed "Power~Purity~Perfection…999" which gained rave reviews globally. At this time, current bass player Margar entered the ranks of the band.

Eli Elixir departed Satan's Host during the 2009 holiday season and in stepped back into the vocalist spot was Leviathan Thisiren. Immediately promoter Oliver Weinsheimer of the Keep It True Festival booked Satan's Host for the German festival where die-hard cult fans have had a demand for Satan's Host for over quarter of a century. Satan's Host performed April 24 in Germany for a packed house of crazed fanatic Metal fans that poured in from all corners of Europe to see the true one and only originators of Metal from Hell for the first time ever.

Once back in the states the band begun production for the upcoming Moribund Cult Records release "By the Hands of the Devil" with longtime producer Dave Otero at Flatline Audio. "I felt that Harry and I had some unfinished business from before, and how things have progressed lately I felt now was the best time to go ahead and take this to a whole new level," states Patrick Evil. The album was a hit in the global Metal market and has received critical acclaim and rave reviews globally.

Satan's Host then put out a second 2011 release "CELEBRATION For the Love of Satan" on Nov. 22 which commemorates the 25th anniversary release of the cult classic "Metal from Hell" via Moribund Cult, the album contained 12 tracks, 2 new and 10 tracks spanning off all the bands catalog, also acquiring critical acclaim and rave reviews globally.

On November 19, 2013 "Virgin Sails" was released via Moribund Cult Records. The follow up to "By the Hands of the Devil" was also recorded at Flatline Studios with Dave Otero producing. “Virgin Sails” has 8 complete full tracks with two guitar interludes. As always the album gained great reviews globally and stated a solidification with Harry Conklin back in the band. During this cycle the band went to perform highlight performances in San Juan, Puerto Rico; the Northwestern Black Circle Festival in Portland, Oregon; and the Doom in June festival in Las Vegas, Nevada.

2014 also saw the “Metal from Hell” Reissue via Skol Records with a new and updated layout, a fresh re-master by Producer-Skol Records head Bart Gabriel, and the accompaniment of the famous bootleg of “Midnight Wind” material. The band also begun production on the “Pre-dating god” saga, a projected 2 single albums due on Jan. 20, 2015 via Moribund Records. “Pre-dating god Part 1” and “Pre-dating god Part 2” were recorded once again with Dave Otero at Flatline Studios with artwork from longtime collaborator Joe Petagno (Motorhead, Marduk). The 80+ minute opus spans 11 new tracks, “See you in Hell” Grim Reaper cover, and a special “Classic Metal Re-Mix” on the title track.

Satan’s Host is currently working on the follow up to “Pre-dating god”. Derek “Arkhon” Bowen is back in the band on bass and the band have also added “We Are Armageddon” management with Tatyana Lopez at the helm.